Each kit contains a ready-to-use primer/probe mix consisting of forward and reverse primers combined with a FAM/BHQ-labeled probe specific for the target sequence. This probe mix is supplied at 20x concentration and may be used with standard real-time PCR reagents.

For absolute copy number calculations, a tube of standards is also included containing the target sequence. These standards may be diluted to create a standard curve. 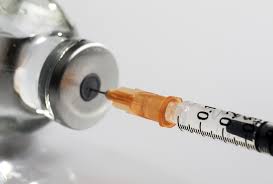 Microfluidized squalene or squalane emulsions are efficient adjuvants, eliciting both humoral and cellular immune responses. Microfluidization stabilizes the emulsions and allows sterilization by terminal filtration. The emulsions are stable for years at ambient temperature and can be frozen. Antigens are added after emulsification so that conformational epitopes are not lost by denaturation and to facilitate manufacture. A Pluronic block copolymer can be added to the squalane or squalene emulsion. Soluble antigens administered in such emulsions generate cytotoxic T lymphocytes able to lyse target cells expressing the antigen in a genetically restricted fashion. Squalene or squalane emulsions without copolymers or MDP have very little toxicity and elicit potent antibody responses to several antigens in nonhuman primates. They could be used to improve a wide range of vaccines. Squalene or squalane emulsions have been administered in human cancer vaccines, with mild side effects and evidence of efficacy, in terms of both immune responses and antitumor activity.

AntiMax Reagents are supplied as ready-to-use sterile emulsions. For more information, click on the links below:

Much attention has been also focused on the 'next generation' polyphosphazene adjuvants. It has been clearly elucidated that structure and composition of polyphosphazenes play an important role in their immunopotentiation effect and novel molecules can differentiate significantly from PCPP in their activity and mechanism of action. Although about two dozen "new generation" polyphosphazenes, have been synthesized, only few have been explored for their immunoadjuvants properties, namely or PCPP copolymers containing oxyethelyne side groups (Fig. 7B) [151] poly[di(carboxylatoethylphenoxy)phosphazene], and PCEP (Fig. 7C) [152]. It was found that depending on the type of polyphosphazene the IgG isotype profiles of the immune response can vary indicating potential differences in the mechanism of action. PCPP primarily enhances IgG1 antibody responses, which are typically associated with Th2-type response, whereas its sister polymers have been shown to also enhance IgG2a [141,151], which can be associated with Th1-type immune responses providing protection against intracellular pathogens [153].

It was reported recently that PCEP can induce time-dependent changes in the gene expression of many "adjuvant core response genes" including cytokines, chemokines, innate immune receptors, IFN-induced genes, adhesion molecules and antigen-presentation genes, upregulate the gene expression of the inflammasome receptor, NLRP3, and induce the production of pro-inflammatory cytokines IL-1β, and IL-18 at the site of injection [154]. Since the secretion of these cytokines is predominantly a result of activation of the inflammasome, which leads to the processing and secretion of proinflammatory cytokines, authors suggest that PCEP may modulate antigen-specific immune responses by activating early innate immune responses and promoting a strong immuno-stimulatory environment at the site of injection [154]. Furthermore, intramuscular injection of mice with PCEP induced significant recruitment of neutrophils, macrophages, monocytes, DCs, and lymphocytes at the site of injection as well as in the draining lymph nodes [155]. The results of the confocal analysis revealed intracytoplasmic lysosomal localization of PCEP in recruited immune cells [155].

Although recent publications, especially on a newer generation polyphosphazenes, clearly shed light on their mechanism of action, it should be noted that very few of these papers detail synthesis, characterization and formulation studies. This certainly needs to be addressed to allow the exclusion of the impact of the secondary factors, such as molecular size of the polymer, potential self-assembly in solution, and even the effect of any structural irregularities in the polymer, on the immunological effects.

We have 279 researchers online